Second Baptist was organized by the J.W. Mahaffey family in 1897.  The organizational meeting and subsequent meetings were conducted in a nearby school house known as the "Coal Shute." 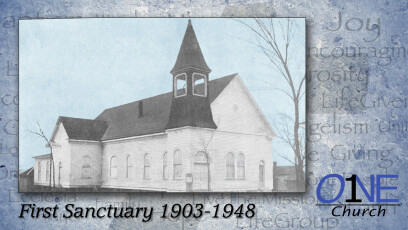 In 1903, under the direction of Pastor Tom A. Dabney, a white frame structure with a seating capacity of 300 was built on the corner of Brooklyn Avenue and 14th Street.  On December 13, 1908 the church approved a bond mortgage of $1,500 for the remodeling of the church sanctuary and educational facilities.  At this time a heater was added. 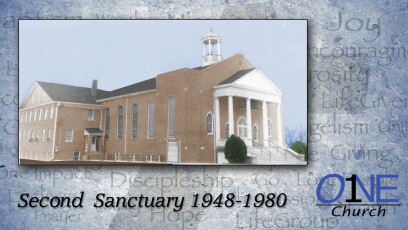 Membership in the Second Baptist Church rose rapidly.  In October 1913 total membership was 244.  By October 1938 membership had risen to  743, including 182 new additions from the April 1938 revival.  As a result of membership increase, the church borrowed $18,000 for the construction of the three-story brick educational building.  This act of God was undertaken without one penny in a building fund.

On April 27, 1947 a building committee was created; the old building was razed and construction began on a new auditorium with a seating capacity of 600 that was completed July 10, 1948.

The expansion plan was temporarily interrupted with the University Baptist Mission in 1964. There was a need for a Baptist church in that area. Second Baptist Church purchased the land for the mission and approved a loan of $91,500 for the construction of an educational building. Pastor David Beecher held services for both churches. The two congregations paid on the loan together until 1972.

In March 1973 a fire broke out in the church and burned part of the auditorium. The remodeling of the sanctuary has left a beautiful facility in which all can worship God.

The decision to relocate the church facilities was made after structural engineers indicated that improvements on the educational building were not feasible. With nearly 1000 members, the church was growing and additional facilities were needed.

The congregation acquired approximately 14 acres of land on the Great Falls Highway and broke ground for the present facility on Sunday, July 15, 1979. A year later, on Sunday, July 27, 1980, the fellowship gathered in the old sanctuary for an early morning Praise Service. After testimonies and prayers of thanksgiving, the church family departed following the adult choir’s singing of “King All Glorious.” The congregation then participated in an exodus march to its new church building where it held Sunday School and Morning Worship. The new facility was officially dedicated on Sunday, August 24, 1980 with the laying of the cornerstone at the bell tower. 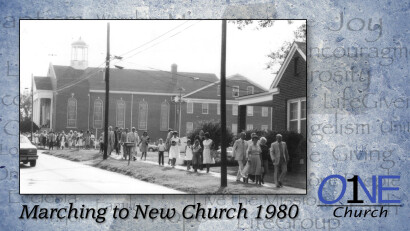 A Building Committee was elected April 13, 1994 for the purpose of planning a new sanctuary and additional classroom space. Other classrooms were necessary while the sanctuary was under construction. Classroom space was rented at South Middle School for seven classes of youth and adults. Ground was broken for the new building on November 26, 1995. Seating capacity is 804 and 84 in the choir area. The Building Dedication Service was held December 15, 1996 with 463 in Sunday School and 655 in Worship Service. Renovation of the temporary sanctuary into classrooms began immediately. These rooms were occupied March 2, 1997. Everybody was in the same building again. 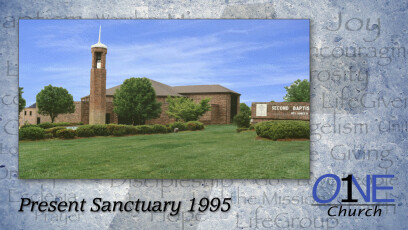 Our Journey through the years